Google Assistant is all over CES 2019 for good reason: It has to play catch up to Amazon Alexa.
Written by Larry Dignan on Jan. 7, 2019 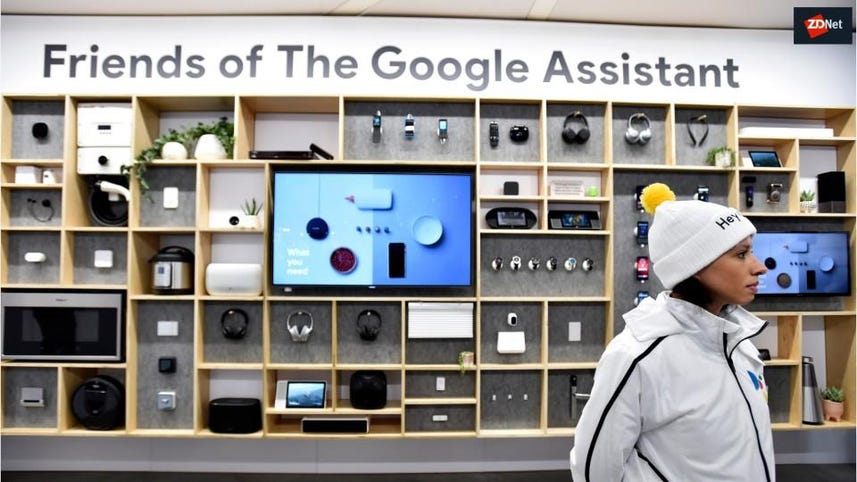 Google Assistant is expected to reach 1 billion devices by the end of January and the search giant's plan at CES 2019 is roughly to surround and pound Amazon's Alexa.

At CES 2019, Google has a big presence. The company is deploying Amazon's Alexa Everywhere strategy from 2017. Back then, Amazon started its campaign to embed Alexa in multiple devices. And Amazon has never taken its foot of the gas pedal. CNET is tracking all the Google Assistant and Alexa announcements out of CES 2019. Many vendors are integrating with both digital assistants.

Google is pushing Google Home devices ranging from Home Hub to smart displays. Not surprisingly, these devices will also integrate with whatever the contextual cross-selling opportunity is. In the home, Google can tap into its services and ultimately ad platform. At the office, Google Assistant will play well with G Suite.

What's unclear is whether the Google Assistant vs. Amazon Alexa race is really zero sum. It's likely that the two will co-exist given that they are taking different angles to the digital assistant war.

Also: It's not about devices for Amazon and Alexa, it's about attention | Amazon: "Alexa everywhere" means bringing in software and hardware developers

Also: AWS re:Invent 2018: A guide for tech and business pros (free PDF) TechRepublic | At AWS re:Invent, Amazon gets its gun: 'Everything the tech sector does, we can do better'