CES 2019: What to expect from the chipmakers

After a remarkable run for the semiconductor industry, this year's show marks the start of what is likely to be a pivotal year. Here's what I'll be looking for in Las Vegas.
Written by John Morris on Jan. 6, 2019 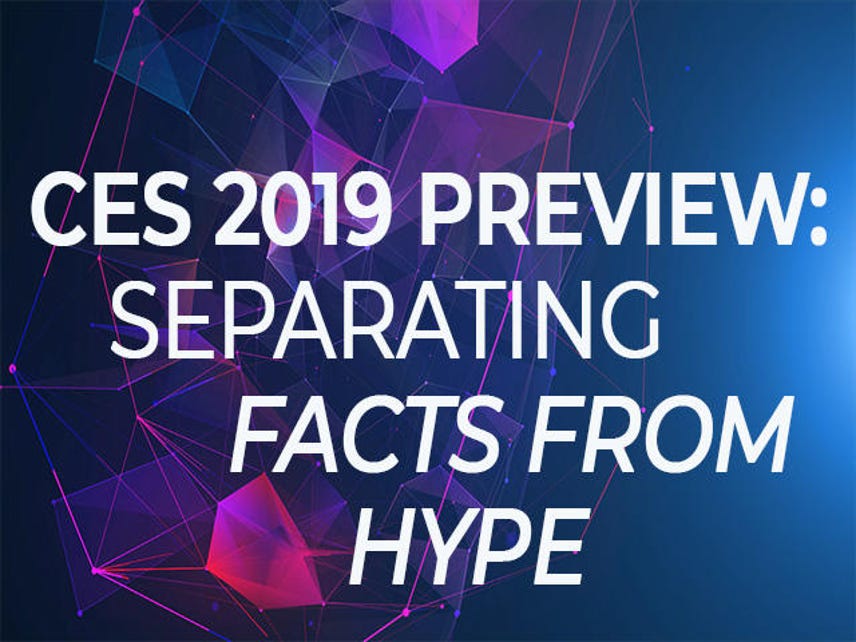 CES marks the start of what is likely to be a pivotal year for the chip industry both in terms of technology and business strategy. The industry's first 7nm processors, the Apple A12 and the HiSilicon's Kirin 980, have already shipped, but this year we will see the first leading-edge chips produced using a new form of lithography, known as EUV, which has been in the works for some 30 years. Over the past couple of years semiconductor companies have enjoyed a remarkable run driven by industry consolidation and strong demand for chips in phones and servers, especially memory.

But the PC market remains lackluster (despite a few bright spots such as gaming), mobile growth is slowing as users hang onto handsets longer (as evidenced by Apple last week), and the rapid build out of hyperscale datacenters can't last forever. So, are the good times coming to end? Here are a few things I'll be looking for in Las Vegas.

The new year couldn't come fast enough for Intel, which is still operating with an interim CEO, and has recently lost both its lead in process technology and its longstanding spot as the world's largest chipmaker by revenue. Despite this, Intel continues to produce strong results and last month the company held a day-long summit to describe how it is turning the page from a CPU company to one that produces a variety of processors, memory and software for specific applications. To underscore the message, Intel followed that up with an announcement that it was expanding fabs in New Mexico, Oregon, Israel and Ireland to meet demand for what it expects to be a $300 billion market for these products.

Many of these will take time to develop, however, and the key question for 2019 remains whether the Intel can finally deliver its 10nm Ice Lake processor after years of delays. The company has already demonstrated a 10nm Ice Lake U-Series (15 watts), and we know that the Gen11 graphics will have twice the number of execution units of the current graphics, delivering more than a teraflop of performance. I'll be looking to see whether Intel has more details on Ice Lake. It's still too early to hear much on the Xe graphics family--Intel's first discrete GPU is due in 2020--but I'll also be watching for news on its long list of AI accelerators including Altera FPGAs, Nervana Neural Network Processors, and Mobileye chips for advanced driver assistance and autonomous vehicles.

Rival AMD had a comeback year culminating in a keynote this week in which Dr. Lisa Su is expected to talk about "the future of gaming and virtual entertainment." The company tried to get a jump on the CES news cycle by announcing its second-generation Ryzen Mobile 3000 series laptop chips, manufactured on a 12nm process and using the Zen+ microarchitecture. The new line includes both 15-watt U-series processors for thin laptops and more powerful 35-watt H-series chips. AMD also announced a pair of A-Series processors designed to compete head-to-head with Intel's Celeron- and Pentium-branded chips for Chromebooks. HP quickly announced an AMD-based Chromebook 14. The bigger news for 2019 will be the release of the industry's first 7nm high-performance x86 CPUs, starting with the Rome Epyc server processors. AMD is already shipping 7nm Radeon Instinct MI60 and MI50 GPUs for machine learning and AI are already shipping, and it is likely to use the keynote to announce a consumer version for gaming. With a much stronger product lineup, AMD now needs to show that they can make a serious dent in Intel's market share in PCs and servers, and I'll be looking for OEM announcements this week to see whether they are gaining traction here.

Nvidia has been on a great run thanks to its early lead in GPUs to accelerate the training of deep neural networks in servers. The company has already announced its latest generation of high-end consumer GPUs, the GeForce RTX 2080 and 2080 Ti for 4K gaming and the RTX 2070 for 1440p gaming. The first game to support real-time ray tracing using Microsoft's new DirectX Raytracing API, EA's Battlefield V, arrived in November. At its press conference this evening, Nvidia is expected to round out the lineup with a more affordable RTX 2060 GPU. Since these 12nm cards are just hitting the market, it is probably too early for Nvidia to discuss its 7nm roadmap in much detail; instead I expect CEO Jensen Huang to spend a lot of time talking about real-time ray tracing and how games will be adopting this technology. In AI, Nvidia is facing growing competition from established companies such as Intel and AMD; dozens of chip start-ups such as Cerebras, Graphcore and Wave trying to build a better alternative to GPUs; and even customers such as Google with its custom TPUs. Most models are still run on Xeon servers, and the next big growth opportunity for Nvidia will be in AI inference with its Tesla T4 GPU. It will be interesting to see whether Nvidia makes any major AI announcements at CES or saves them for its own GPU Technology Conference in March.

After a rough 2018 dominated by its legal battles with Apple and its suppliers, Qualcomm expects the deployment this year of the first commercial 5G networks will help turn things around and drive significant demand for its processors and modems. I expect to hear more about its recently-announced 7nm Snapdragon 855 and X50 5G modem for high-end mobile SoCs, but I'm also intrigued by the 7nm Snapdragon 8cx and I'll be looking for Always Connected PCs on the show floor to see whether Arm can finally challenge x86 here. ARM will be holding briefings on its mobile and client roadmaps, plans for accelerating machine learning at the edge following the launch of Project Trillium, its recently-announced Neoverse intellectual property for IoT systems, and the usual embedded applications. The first 10nm and 7nm processors based on its Cortex-A76 design and DynamIQ architecture are just hitting the market with significant performance gains. (Arm claims it is the first design that can compete head-to-head with Intel's Core i5.) These will be followed by 7nm Deimos this year and 7nm and 5nm Hercules in 2020 and beyond. Arm is promising a 15% to 20% performance with each generation.

There's no question that the semiconductor industry continues to develop innovative products that push the envelope in terms of performance, power and area. This year we will see whether silicon custom built for new applications such as AI, 5G wireless, the Internet of Things and wearables, and automotive will be enough to make up for slower growth in tradition markets and keep the good times rolling.