Telstra has announced multiple agreements to offer commercial 5G smartphones to customers in the first half of 2019.
Written by Corinne Reichert, Senior Reporter on Jan. 9, 2019 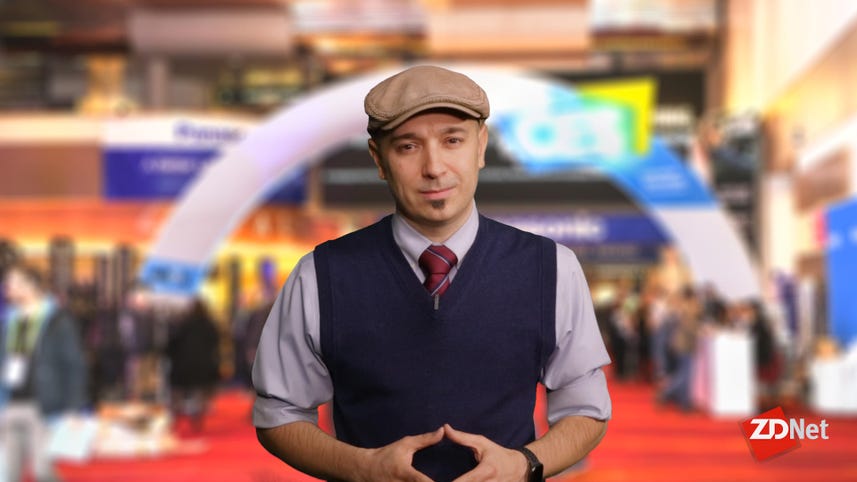 Telstra has announced at CES 2019 that it has entered into a number of agreements to offer commercial 5G smartphones on its mobile network, but could not say which companies, the specifications of the devices, or exactly when they will be offered.

According to Telstra CEO Andy Penn, 2018 was about being network ready, while 2019 is about being device ready for 5G.

"From here on the timing on the rollout of 5G is dependent on the availability of the devices -- handsets, tablets, and into the whole world of the Internet of Things," he told media in Las Vegas on Wednesday afternoon.

The 5G smartphones will be offered in the first half of this year.

"This is the year of 5G, and as a world leader in the testing and development of 5G, we have been working closely with numerous global manufacturing and industry partners to make this revolutionary technology real-world ready," Penn added.

"These strategic relationships are now paying off directly for our customers, who will soon have exclusive access to 5G-enabled devices ... and other devices will also soon hit our stores."

Telstra had in October announced launching the network across Canberra, Adelaide, and Perth after launching 13 sites in the Gold Coast, one in Toowoomba, and one in Brisbane.

It then switched on parts of Sydney and Melbourne in late December.

Telstra in December then unveiled a prototype 5G smartphone that is the size of a regular smartphone, which it is testing on its live 5G commercial production network, as well as on an HTC 5G smart hub powered by Qualcomm technology.

The 5G smart hub will be launching sometime during 2019, with Telstra network engineering executive Channa Seneviratne calling it a world first to have a commercial device running on a sub-6GHz 5G network.

Telstra has been working on the smart hub alongside Qualcomm and HTC, Seneviratne said. He added that the telco is also working with a number of handset manufacturers on other 5G smartphone prototypes.

Seneviratne told ZDNet that these handset manufacturers include HTC, ZTE, and Inseego.

"We want to work with all of them, but in terms of what we can say we can only talk about the handset manufacturers you see up here today," he told ZDNet.

"But rest assured we'll be working with all of them."

Samsung is showing off its 5G smartphone prototype at CES 2019, giving users a first taste of what the device will look like.

Mobvoi's TicWatch lineup may be the most compelling Google Wear OS smartwatces available and two new models join the lineup.

Nvidia and Mercedes-Benz have extended their partnership to develop AI architecture across the entire car.

5G
LG's smart air conditioner is on sale: Save 25 percent