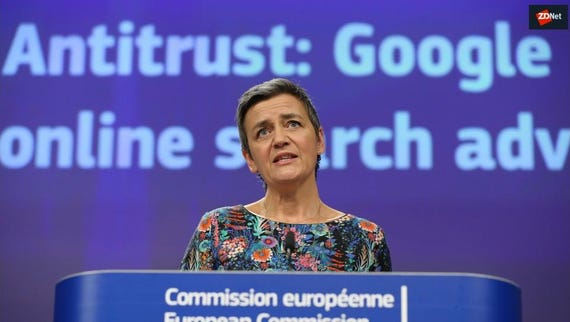 Toshiba and Canon have agreed to pay a $5 million fine to settle a federal case which alleged the companies violated US antitrust laws.

According to the US Department of Justice (DoJ), the tech giants will pay the fee in order to settle federal charges which claim Toshiba and Canon violated the Hart-Scott-Rodino Act (HSR Act) during Canon's acquisition of Toshiba Medical Systems (TMSC).

The acquisition was agreed in 2016 for $6.1 billion. At the time, Canon said that purchasing the medical systems would help Canon "embrace the challenge of new growth through a grand strategic transformation."

The electronics giant added that due to its intention to make Toshiba Medical Systems a subsidiary, Canon sought clearance for the deal before public disclosure, and "clearance was obtained from the competition authorities of every country and region where Canon applied."

Despite reaching out to antitrust authorities, it seems that the duo failed to meet the standards of HSR, which requires companies intending to merge to inform the Federal Trade Commission (FTC) and DoJ, as well as adhere to a waiting period before disclosing these deals publicly -- unless the agencies have waived this requirement.

Canon and Toshiba, it seems, did not honor the waiting period. The complaint alleges that the companies schemed to complete the sale of TMSC before March 31, 2016, and to "avoid the HSR Act's waiting period requirements."

Furthermore, federal agents claim that the rush was due to Toshiba's precarious financial position in 2015. The company was dealing with the aftermath of an accounting scandal, caused by overstating its profits by close to $2 billion over seven years, in order to meet corporate targets.

The DoJ says the funds from the sale of TMSC were necessary for Toshiba to help rebalance the books, and on Canon's side, "it simply was not possible to complete a significant acquisition of TMSC voting securities before the end of Toshiba's fiscal year due to the review periods under various merger control laws."

Therefore, the companies worked together to avoid the waiting period, but this did not go unnoticed by the DoJ.

Canon and Toshiba will split the bill equally and will pay $2.5 million each. In addition, the DoJ requires both firms to implement HSR compliance programs in the future.

"The prior notice provisions of the HSR Act are designed to allow the agencies to analyze a proposed transaction before it is consummated to determine whether it will harm competition," said Bruce Hoffman, Director of the FTC's Bureau of Competition. "Deliberately structuring a transaction to avoid or delay HSR filing undermines the efficacy of the premerger notification process, regardless of whether the parties' motives for doing so in a particular case were anticompetitive."

Join Discussion for: Toshiba, Canon to pay $5 million to settle...