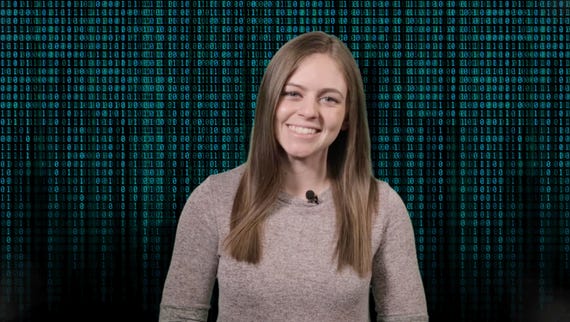 Yes, this is one of those end-of-year summaries. And it's a long one, since 2019 has been a disaster in terms of cyber-security news, with one or more major stories breaking on a weekly basis.

Below is a summary for the past 10 months of security disasters, organized by month.

Severe vulnerability in Apple FaceTime - A bug in Apple's FaceTime app let attackers call and self-answer a FaceTime call without any user interaction from the callee, opening the door for secret surveillance.

North Korean hackers infiltrate Chile's ATM network after Skype job interview - the article's title is self-explanatory, and the story is worth your time to read.

Security flaws found in 26 low-end cryptocurrencies - This report shows just how dangerous some low-end, no-name cryptocurrencies are, and how hackers could steal funds en-masse at any time.

SCP implementations impacted by 36-years-old security flaws - All SCP (Secure Copy Protocol) implementations from the last 36 years, since 1983, were found to be vulnerable to four security bugs that allowed a malicious SCP server to make unauthorized changes to a client's (user's) system and hide malicious operations in the terminal.

Yearly LTE security flaws - Two sets of new LTE security flaws were discovered this year. One that impacted 3G, 4G, and 5G, and a second set of 36 vulnerabilities found found after a fuzzing project carried out by South Korean security researchers.

Major WinRAR bugs exposed - Check Point researchers found a WinrAR bug that impacted all the WinRAR versions releassed since 2000. Over 500 million WinRAR users were at risk. The bugs eventually become widely used by cyber-criminals and nation-state hackers at the same time.

New WinPot malware can make ATMs spit out cash - WinPot has been on sale on underground forums since March 2018.

Tor traffic from individual Android apps detected with 97% accuracy - New machine learning algorithm can detect when Tor users are using a specific app, such as YouTube, Instagram, Spotify, others, via Tor.

Hackers wipe US servers of email provider VFEmail - Hackers did not ask for a ransom. VFEmail described the incident as "attack and destroy."

PDF protocol attacks - A team of German academics found a way to fake signatures in PDF documents, and later this year, a way to break PDF encryption.

The ASUS supply-chain hack - Hackers hijacked the ASUS Live Update utility to deploy malware on users' systems. The hack took place in 2018, but was disclosed in March. Over one million PCs were believed to have been impacted.

Bithumb cryptocurrency exchange hacked a third time in two years - Hackers believed to have made off with nearly $20 million in EOS and Ripple cryptocurrencies. At this point, Bithumb appears that they're not even trying anymore.

Chrome zero-day under active attacks - CVE-2019-5786, a bug in Chrome's FileReader API, was exploited in the wild to read content from a user's computer. Google said the bug was used together with a Windows 7 zero-day by a nation-state attacker.

Citrix data breach - Citrix learned of the hack from the FBI. Hackers stole business documents. A lot of Citrix customers' are government agencies and Fortune 500 companies.

Smartphone unlocking issues - We've had a few this year, but the first case was reported in March when a user found that Samsung Galaxy S10 facial recognition can be fooled by a video of the phone owner. A month later, a user found that he could unlock a Nokia 9 smartphone's fingerprint scanner with a pack of gum. Then in October, users found that you could unlock a Pixel 4's facial unlock technology while you had your eyes closed, and a couple found that they could unlock Samsung S10 devices using fingerprint protection with any user's finger if the device was protected by a silicon case. In fact, the issue with bypassing facial recognition is quite widespread. A study by a Dutch non-profit last year found that attackers could bypass face unlock-type features on 42 out of the 110 smartphones they tested.

United Airlines covers up seat cameras - The airline insists that the cameras have not been in active use; however, customers were still very disturbed and annoyed by the cameras' presence in the first place.

Tens of thousands of cars were left exposed to thieves due to a hardcoded password - Security updates that remove the hardcoded credentials have been made available for both the MyCar Android and iOS apps since mid-February.

The Weather Channel goes off the air for 90 minutes after ransomware infection - A similar attack on French TV station M6, in October, was unsuccesful.

Source code of Iranian cyber-espionage tools leaked on Telegram - Tools were made available for every-day malware developers, opening more users to attacks. A second and third leak of Iranian hacking tools occurred in May and June.

Gnosticplayers' hacks - A hacker known as Gnosticplayers has dumped over one billion user records online in the span of a few months.

Hacker group has been hijacking DNS traffic on D-Link routers for three months - Other router models have also been targeted, such as ARG, DSLink, Secutech, and TOTOLINK. The attacks are especially active cross Brazil.

A hacker wiped Git repositories and asked for a ransom - Thousands of repos were impacted, but almost all projects were recovered.

Thrangrycat vulnerability - Thrangrycat flaw lets attackers plant persistent backdoors on Cisco gear. Most Cisco gear is believed to be impacted. No attacks detected in the wild.

Unsecured server exposes data for 85% of all Panama citizens - The server contained patient data, but no medical records were exposed -- only personally identifiable information (PII).

Software update crashes police ankle monitors in the Netherlands - Borked update prevents ankle monitors from sending data back to police control rooms. Some suspects needed to be collected and sent back to jail as a result.

Canva hack - One of Gnosticplayers' victims. Company was hacked for 139 million user records.

Flipboard hack - Extent of the hack is unknown, but Flipboard said hackers had access to its systems for almost nine months.


Hackers breached 10 telecom providers - Researchers at Cybereason said a nation-state-backed intelligence operation has compromised at least 10 global telco companies - to such an extent the attackers run a "de facto shadow IT department".

NASA hacked because of unauthorized Raspberry Pi connected to its network - NASA described the hackers as an "advanced persistent threat," a term generally used for nation-state hacking groups, but didn't provide other details.

Google Nest cams could have allowed former owners to spy on the new owners - Google eventually pushed out an update.

Hackers breach FSB contractor - Hackers have breached SyTech, a contractor for FSB, Russia's national intelligence service, from where they stole information about internal projects the company was working on behalf of the agency -- including one for deanonymizing Tor traffic.

iMessages could have bricked your iPhone - Bug patched before being exploited in the wild.

Apple's AWDL protocol plagued by security flaws - Apple patched a bug in May, but academics say the rest of the flaws require a redesign of some Apple services. Bugs would enable tracking and MitM attacks.

DHS warns about CAN bus vulnerabilities in small aircraft - DHS cyber-security agency CISA recommends that aircraft owners restrict access to planes "to the best of their abilities" to protect against vulnerabilities that could be used to sabotage airplanes.

Vulnerabilities found in GE anesthesia machines - GE recommended that device owners not connect vulnerable anesthesia machines to a hospital's main networks. The company also denied the bugs could lead to patient harm, but later recanted and admitted that the issues could be dangerous to human life.

Los Angeles police caught up in data breach - Personal record of 2,500+ of LA cops stolen in the hack. The hacker emailed the department directly and included a sample of the allegedly stolen information to back up their claims.

Bluetooth exploit can track and identify iOS, Microsoft mobile device users - The vulnerability can be used to spy on users despite native OS protections that are in place and impacts Bluetooth devices on Windows 10, iOS, and macOS machines. This includes iPhones, iPads, Apple Watch models, MacBooks, and Microsoft tablets & laptops.

Capitol One hack - A hacker breached Capitol One, from where she stole the records of 100 million users. She also hacked 30 other companies.

Hy-Vee card breach - Supermarket chain Hy-Vee admitted to a security breach on some of its point-of-sale (PoS) systems. The data was eventually put up for sale on hacking forums.

Employees connect nuclear plant to the internet so they can mine cryptocurrency - Employees at a Ukrainian nuclear plant take unncessary security risks just to mine Bitcoin. They were eventually arrested.


Simjacker attack - Security researchers detailed an SMS-based attack that can allow malicious actors to track users' devices by abusing little-known apps that are running on SIM cards. SIM cards in 29 countries were found to be impacted. A second attack named WIBAttack was also discovered.

Checkm8 iOS jailbreak - New Checkm8 jailbreak released for all iOS devices running A5 to A11 chips, on iPhones 4S up to iPhone 8 and X. The first jailbreak exploit to work on the hardware level in the past nine years.

Limin PDF breach - The details of over 24.3 million Lumin PDF users were shared on a hacking forum in mid-September. The company acknowledged the breach a day later.

vBulletin zero-day and subsequent hacks - An anonymous security researcher released a zero-day in the vBulletin forum software. The vulnerability was immediately used to hack a bunch of forums.

Massive wave of account hijacks hits YouTube creators - YouTube creators from the auto and car community were hit with spear-phishing attacks that could bypass 2FA, allowing hackers to take over Google and YouTube accounts.

Exim vulnerability (CVE-2019-15846) - Millions of Exim servers are vulnerable to a security bug that when exploited can grant attackers the ability to run malicious code with root privileges.

Alexa and Google Home devices leveraged to phish and eavesdrop on users, again - Amazon, Google fail to address security loopholes in Alexa and Home devices more than a year after first reports.

Johannesburg held for ransom by hacker gang - A group named "Shadow Kill Hackers" is asking local officials for 4 bitcoins or they'll release city data online. Second major attack against Johannesburg after they've been hit by ransomware in July, when some locals were left without electricity.

Join Discussion for: The scariest hacks and vulnerabilities of...