Sean Portnoy started his tech writing career at ZDNet nearly a decade ago. He then spent several years as an editor at Computer Shopper magazine, most recently serving as online executive editor.

HP's Black Friday ad has been available for a few weeks now, but it's only now that you can start scoring the deals listed below from its online store. There are savings on its flagship Pavilion lineup of desktops and laptops, not to mention its other PC families, including Chromebooks and gaming systems. We've adjusted the prices below to the latest ones on HP's website, which may differ slightly than those listed in the ad, for better or for worse. 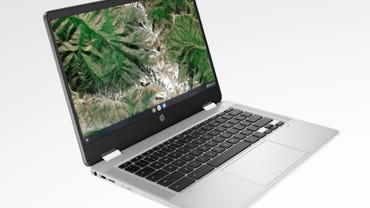 HP is slashing nearly a third off of the price of this versatile 2-in-1 Chromebook. If its basic specs are typical of a budget Chromebook (Intel Celeron N4020 processor, 4GB of RAM, 32GB of storage), you get the bonus of a larger 14-inch touchscreen that can convert into a roomy tablet when you flip the display over, as well as what HP claims to be 13 hours of battery life. 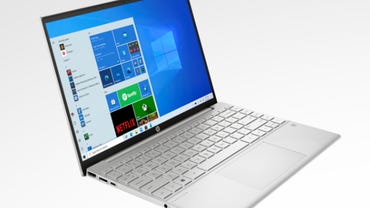 Despite its featherweight chassis (weighing less than 2.2 pounds), this Pavilion ultraportable packs a heavyweight performance wallop with an AMD Ryzen 5 processor, 8GB of RAM, and 256GB of built-in storage. A gorgeous WUXGA (1,920x1,200) 13.3-inch display with a micro-edge bezel and 400 nits of brightness rounds the package out nicely. 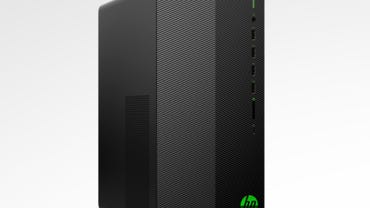 Like Dell with its G series, HP has brought some of the DNA from its past gaming acquisition (VoodooPC) into its own mainstream PC lineup. Perfect for those looking to get into the game, the Pavilion Gaming Desktop TG01-2260xt tower has a stylish angular front chassis, understated neon green accents and LED lighting you can customize. Priced as a budget offering, the specs are the minimum for a gaming desktop (six-core Core i5-11400 chip, 8GB of memory, 256GB hard drive, Nvidia GeForce GTX 1650 Super graphics card), though with an extra PCIe x16 slot and a pair of M.2 drive slots open, there's room to grow as your gaming needs take off. 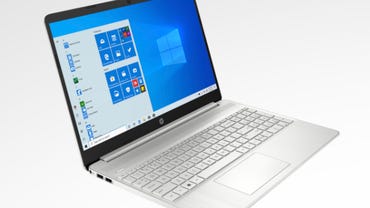 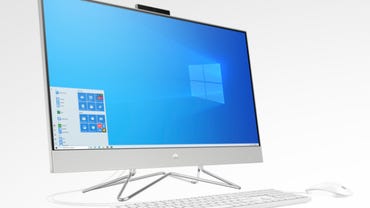 Here's the rare case of a system in HP's Black Friday ad that still isn't available yet on the company's website. So keep checking the link below to see when you can grab this all-in-one with an impressive 27-inch full HD display. It also comes with an 11th-generation Core i5 processor, 8 gigs of RAM and 256GB SSD, and while other details are still to come, the ad points out that this desktop will offer the convenience of wireless phone charging via the monitor stand. 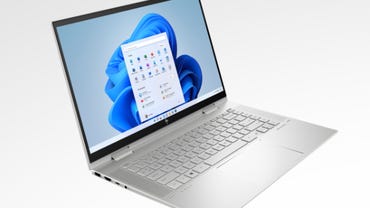 The Envy x360 15 is a highly regarded 2-in-1 device that's a step up from the Pavilion line. Coming with an Intel Core i5-1135G7 quad-core processor, 8GB of RAM and 256GB solid-state drive, its best feature may be its 15.6-inch full HD touchscreen, perfect for when you want to use the Envy x360 in tablet mode or with a (optional) digital stylus.