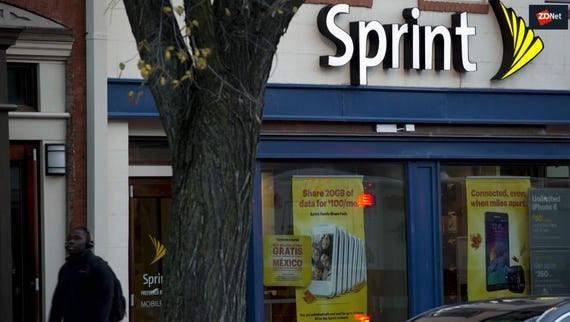 Sprint has announced at CES 2019 that Greenville, South Carolina, will see its first smart city build-out based on both its Curiosity Internet of Things (IoT) platform and mobile 5G network connectivity.

As part of the project, Sprint will deploy Massive Multiple-Input Multiple-Output (Massive MIMO) technology as well as a dedicated IoT network and "micro-positioning" technology aimed at enabling connected vehicles, smart machines, and autonomous drones to operate and react in real time.

"Greenville government officials and staff are placing their trust in ... leveraging the power of Sprint mobile 5G and Curiosity IoT networks to bring smart city use cases to life," Sprint SVP of IoT and Product Development Ivo Rook said during CES on Tuesday in Las Vegas.

Greenville is hoping to attract startups to the city, as well as companies wanting to conduct R&D across artificial intelligence (AI), robotics, and autonomous vehicles use cases.

Sprint further announced on Tuesday at CES that it will be constructing a smart vehicle test track in Peachtree Corners, Georgia, which will also utilise Curiosity IoT, 5G, and micro-positioning tech.

"Sprint is bringing together Curiosity IoT, micro-positioning, and HD mapping, all enabled by our upcoming mobile 5G network, to develop and test the most advanced technologies in the industry," Rook said.

"It will be possible, for example, to test how connected cars can communicate to make lane changing and highway exiting safer and more efficient, how above-road warning messages might instead be sent to and displayed on car dashboards, and how drivers might receive in-car alerts about approaching connected emergency vehicles," Sprint added.

Lastly, Sprint announced on Tuesday that it is launching "precision mapping technology" with Mapbox, again using its Curiosity IoT and later its 5G network.

"Smart machine-based services need to be able to make immediate mobility decisions similar to the way a driver might react to construction, traffic or other obstacles on a street," Rook said.

Mapbox had developed its Live Map technology previously, using data from hundreds of millions of sensors as well as AI to build real-time accurate maps. Using Curiosity IoT and 5G will provide lower latency and higher bandwidth to improve this system, Sprint said.

Sprint had announced the launch of its Curiosity IoT platform, developed in partnership with fellow SoftBank-owned company Packet, back in September.

Thanks to Packet's bare metal servers, the virtualised and distributed IoT core then reduces the distance from 1,000 miles down to less than 50 miles between the device generating data and the IoT application processing the data.

Sprint on Monday also confirmed that it will be launching a Samsung 5G smartphone in summer 2019, as well as unveiling the smart home small cell solution with LTE called Trebl with Magic Box.


Somehow, 5G icons turned up on some AT&T phones. But the phones don't offer 5G.

It doesn't take an expert to assert that 5G will be a major theme of this year's Las Vegas show. But will the 5G devices on display there soon need to be replaced with "real 5G" devices?

Sprint has used CES 2019 to unveil a small cell smart home product with LTE and Alexa integration, as well as confirming a Samsung 5G smartphone launching in the summer.

D-Link's DWR-2010 5G Enhanced Gateway could bring 5G speeds to bandwidth-hungry remote workers by the second half of 2019.