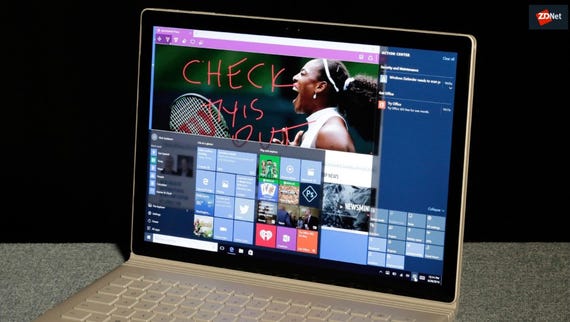 Among the 62 fixes, there is also a fix for a zero-day vulnerability that was under active exploitation before today's patches were made available.

The zero-day, tracked as CVE-2018-8589, impacts the Windows Win32k component. Microsoft classified the issue as an "elevation of privilege" vulnerability and says that before an attacker could use this zero-day to gain elevated privileges, they'll need to find a way to infect a system and run malicious code on it beforehand, using other exploits.

Microsoft credited Kaspersky Lab researchers for discovering this zero-day. A Kaspersky spokesperson told ZDNet that they discovered the zero-day being exploited by multiple cyber-espionage groups (APTs).

The zero-day had been used to elevate privileges on 32-bit Windows 7 versions. The company plans to publish a blog post tomorrow morning, November 14, with more information about CVE-2018-8589 and the way it was exploited.

This is the second Windows elevation of privilege zero-day that Microsoft has patched in as many months, and both have been discovered by Kaspersky researchers.

Last month, Microsoft patched CVE-2018-8453, another zero-day that had been used by a state-backed cyber-espionage group known as FruityArmor.

But Microsoft has also patched this month is the zero-day that was disclosed on Twitter at the end of October --the one affecting the Windows Data Sharing Service (dssvc.dll).

Microsoft also published this month a security advisory to instruct users on how to properly configure BitLocker when used together with solid-state drives (SSDs).

Earlier this month, Dutch researchers proved that it was possible to bypass BitLocker encryption on some SSDs and retrieve a user's data without needing the (BitLocker) user-set password. The advisory will help users make sure their data is safe, even when stored on vulnerable internal or external SSDs.

Twelve of the 62 November 2018 Patch Tuesday vulnerabilities have been categorized as Critical, needing immediate patches due to their severity.

ZDNet has put together a summary of today's Patch Tuesday release in an HTML table, available online here.

SAP has also been releasing security updates on the same day as Microsoft, and this month, the company has patched a serious vulnerability that received a CVSSv3 severity score of 9.9 out of 10.

Article updated on November 14 with link to Kaspersky blog post and to state that Microsoft had also patched a second zero-day.