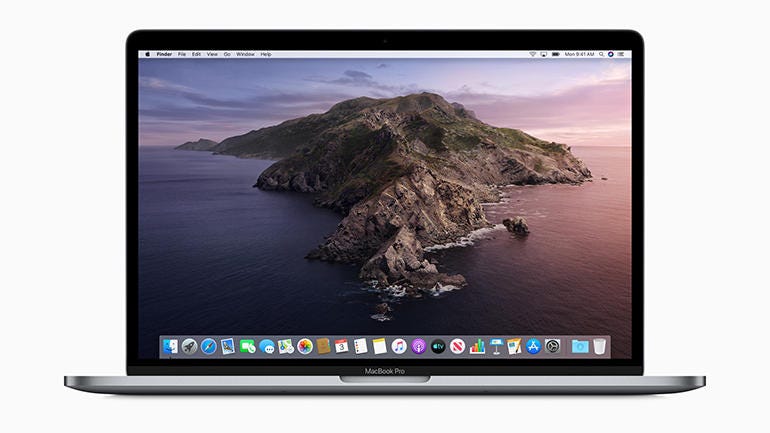 Compared to iOS and the new iPadOS variant, Apple's desktop operating system, macOS, is mature, and while the beta version of the forthcoming Catalina release isn't entirely bug-free, it does feel stable enough to encourage exploration if you have a spare Mac on which to install it. And since Catalina will run on a wide range of Mac models, going back to 2012, it shouldn't be too difficult to find an old machine to try it out on.

Much of the focus with Catalina is on individual apps, with the retirement of the venerable iTunes making the headlines. However, Catalina also includes a number of security enhancements to the underlying operating system that will be of particular interest to business users. Catalina itself runs on a dedicated read-only volume that prevents any unauthorised access to system files. Individual apps also have to request permission to access files in your Desktop and Documents folders, as well as external drives and Apple's online iCloud Drive. Apps that attempt to record keyboard activity or take screenshots require permission from the user as well.

The 'Find My' app has also been updated so that it can attempt to use Bluetooth to connect to nearby Apple devices in order to help locate lost or stolen devices, even when they're not connected to a wi-fi network.

Apple has brought the Screen Time parental controls from iOS into Catalina, but the ability to monitor the time spent using individual apps could also be useful for businesses that need to bill clients on an hourly basis (or just remind office workers to take the occasional break from their screen). We also like the ability to permanently zoom in on a second display that's connected to your Mac. This feature is located within the Accessibility section of the Mac's System Preferences, and will obviously be useful for people with visual impairments, but it will also appeal to professional users who work with graphics and photo-editing software.

And, if you've got an iPad, you can use the new Sidecar feature in Catalina to use the iPad itself as a second display. Unfortunately, using a beta of iPadOS in tandem with a beta of Catalina proved a step too far, and I've been unable to test Sidecar as yet.

The new Voice Control feature is the potential game-changer here. It's not the first attempt at providing voice-control for users who are unable to use a conventional keyboard and mouse, but even in this beta version of Catalina the ability to easily launch apps, and then open and scroll through documents is impressive. Using dictation to edit documents was a little erratic, partly because the microphone on my laptop had a tendency to put itself to sleep on this beta version. Still, Voice Control holds great promise for the final version of Catalina, which is due in September.

All about the apps

As we've mentioned, there are numerous updates to the various apps that are included within Catalina. The replacement of iTunes with three new apps -- Music, Apple TV and Podcasts -- is long overdue, but the redesign of the simple Notes app will probably be of far more interest to business users. As well as the new Gallery view for browsing through your notes, and the new options for organising lists, Notes now allows you to create shared folders so you can collaborate with other users.

Reminders -- an app that I've never been able to get to grips with properly in the past-- has also had an overhaul, although neither Notes nor Reminders were fully functional in this beta (possibly because of problems syncing with my iCloud account, which seemed to take an age with both Catalina and the iPadOS beta). And continuing the convergence of macOS and iOS (and now iPadOS as well), Apple is providing developers with new tools that make it easier to port iPad apps across to the Mac.

The usual caveats about using beta software remain, but even in its current form Catalina looks like one of the most impressive updates that macOS has received in recent years. Even if you're not a fan of apps such as Notes and Reminders, the enhanced security provided by Catalina will be welcomed by IT managers, while Sidecar and the enhanced controls for secondary displays will have many creative users queuing up to install Catalina in September.