Like the look of Apple's new MacBook Air, but don't think that you could survive with only two Thunderbolt ports and a headphone jack? Fear not, because OWC has a dock that will allow you to have all the ports you could ever need.
Written by Adrian Kingsley-Hughes, Contributing Writer on Nov. 15, 2018 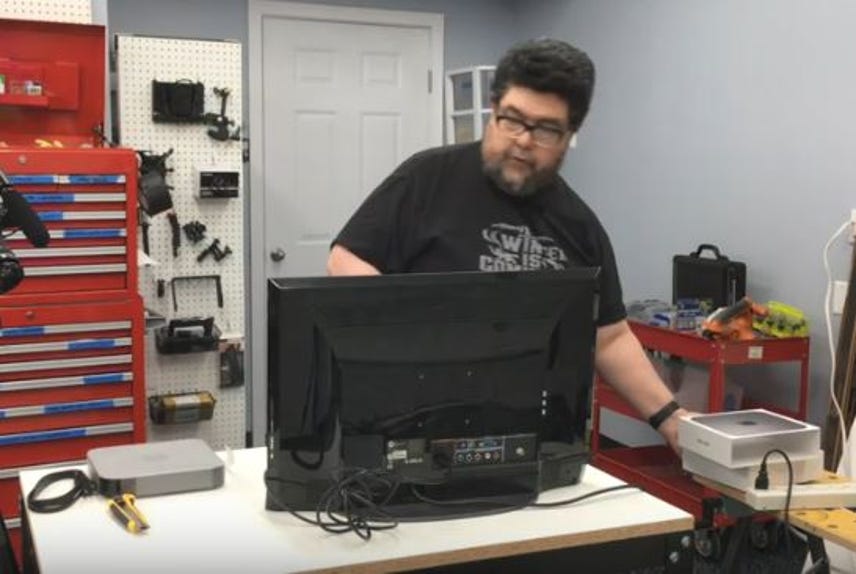 Are you running short of ports, or have you bought a new system such as the MacBook Air that's a bit anemic when it comes to ports? OWC has the tool for you in the form of their new Thunderbolt 3 dock.

The OWC Thunderbolt 3 dock comes with a staggering array of ports.

On the back there are four USB-A 3.1 Gen 1 ports, one of which supports 7.5W fast charging, an S/PDIF port, a Gigabit Ethernet port, two Thunderbolt 3 ports, and a single Mini DisplayPort. On the front there's a USB-A 3.1 Gen 1 port (again, this one supports 7.5W fast charging), a USB-C ports that supports Power Delivery, an analog audio in/out, an SD Card reader, and a microSD card reader.

The dock can also support two 4K displays, or a single 5K display.

The dock will work with any Windows or macOS system that has a free Thunderbolt 3 port.

I've used several OWC Thunderbolt docks over the years and found them to be a great way to add much-needed ports to a system that might otherwise need dongles (or require you to throw out your old hardware and upgrade to USB-C/Thunderbolt).

The dock is available from OWC via MacSales for $299.99, and comes in a choice of Space Gray and Silver finishes.

Laptop docking stations: The best ones, are they universal, and what they do

Laptop docking stations: The best ones, are they universal, and what they do