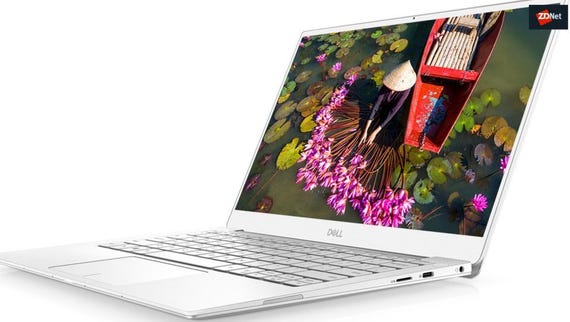 Dell has announced its refreshed XPS 13 laptop at CES 2019, with the tech company saying it has "finally perfected the product".

According to VP and GM of XPS, Alienware, and Gaming Frank Azor, the one complaint it heard about the XPS 13 -- announced at CES 2018 -- concerned the webcam.

As a result, Dell said it has "incubated" its smallest HD webcam ever, measuring 2.25mm in diameter and now located at the top of the screen.

The updated XPS 13 is the highest-performing 13-inch laptop in its class, Dell added, with the device starting at $900, powered by a quad-core 8th gen Intel processor and with a 52Wh built-in battery that is claimed to last up to 21 hours.

The laptop measures 7.8-11.6x302x199mm with a 13.3-inch display, and weighs in at 1.23kg. It comes preloaded with Windows 10 or Ubuntu 18.04, 4GB-16GB 2133MHz LPDDR3 Dual Channel SDRAM, a pair of Thunderbolt 3 ports with power delivery and DisplayPort, a USB-C 3.1 port with power delivery and DisplayPort, a microSD card reader, a headphone jack, a Windows Hello fingerprint reader in the power button, and runs Intel UHD Graphics 620.

Dell also used CES 2019 to announce an update to Dell Mobile Connect that will allow users to wirelessly drag and drop files including photos, music, videos, and documents between Android phones and PCs, along with a total design update.

"With the new VR capability via Mobile Connect, gamers will get complete access in VR to all of the mobile applications that they care about," Oren Inditzky, director of Product Management, Software Innovation said.

"They will be able to respond to text messages, conduct phone calls, and even access all of their mobile applications by pulling a virtual 3D model of their phone and operating with touch inside the VR experience."

Dell also announced the new Latitude 7400 2-in-1 ahead of CES 2019, with the company claiming a battery life of 24 hours and a new proximity sensor to improve security and battery.

Sprint has used CES 2019 to unveil a small cell smart home product with LTE and Alexa integration, as well as confirming a Samsung 5G smartphone launching in summer.

Ford is using CES 2019 to demo how its Qualcomm-powered cellular V2X technology enables multiple cars to negotiate rights of way at four-way intersections without traffic lights and stop signs.

For the traveler that must keep both hands free, these totes will follow you around the terminal.