Full Bio
Posted in All About Microsoft on November 12, 2018 | Topic: Mobility 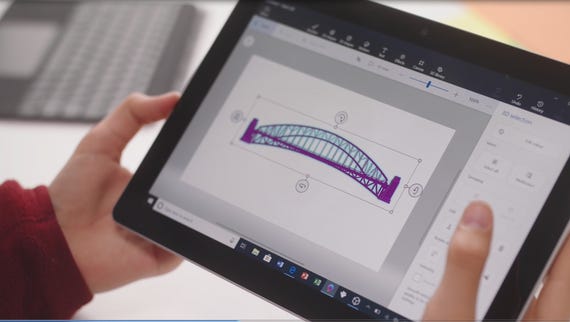 Microsoft is starting to take preorders today, November 12, for its promised Surface Go with built-in LTE support. The devices will be generally available in the U.S. and Canada starting November 20 and in 21 additional markets as of November 22.

Surface Go with LTE Advanced, as the coming devices will be branded, will be available in both consumer and commercial configurations, just like Microsoft's recently introduced Surface Laptop 2 and Surface Pro 6.

The consumer models -- which will come with 8 GB RAM and 128 GB of storage, plus Windows 10 Home in S Mode (freely upgradable to Windows 10 Home) -- will start at $679. The Surface Go is currently the only Surface device which Microsoft ships by default by default with a version of Windows 10 in S Mode. S Mode allows users to run Microsoft Store apps only and is more secure because of this, according to Microsoft.

Also: Why did Microsoft build the Surface Go?

Surface keyboards for all models will be available separately and cost between $130 for a plastic Type cover and $160 for an Alcantara-covered Type cover.

Surface Go with LTE will be available in both consumer and commercial channels, meaning it will be for sale in Microsoft's online Store, Microsoft brick-and mortar stores, select third-party stores and via authorized partners. Microsoft is offering financing for the devices through its Surface All Access and Surface All Access for Business (the former Surface Plus for Business)programs.

The follow cellular providers will be supporting the Surface Go with LTE right out of the gate: AT&T, Verizon, DoCoMo, SoftBank, KDDI, EE UK, Vodafone UK and Sprint.

Microsoft introduced the original Surface Go earlier this summer. The 10.1-inch devices which feature Pentium Gold processors, are aimed at firstline workers, education (especially K-8) and consumers who want a light, portable device (weighing in at just over a pound without the keyboard).

Microsoft officials are marketing Surface Go with LTE Advanced commercial devices -- which are part of the "Always Connected PC" family -- as especially well-suited to firstline workers, as they can alleviate dependence on WiFi at job sites and/or tethering.