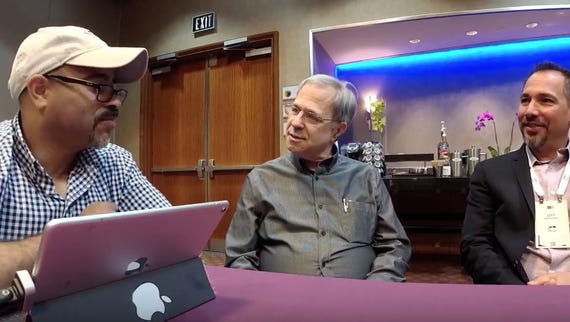 Zendesk on Tuesday launched a new customer relationship management (CRM) platform built completely on Amazon Web Services, on the premise that businesses are looking for a way to bring together customer data from a variety of different sources. Called Sunshine, the platform is built entirely on open standards. In addition to letting businesses connect data from any system, it gives developers access to open source tools on AWS.

"It's time to break free from CRM platforms that think they're the center of the universe and lock you into an outdated view of the world," Zendesk founder and CEO Mikkel Svane said in a statement. "We built Sunshine to shed light on the many different dimensions of customers and their data, while giving developers the freedom to build the way they want in the public cloud."

Features on the new platform include Profiles, a tool to create a single view of customers from across applications. The Events tool lets companies create a timeline of customer activity, such as customer service interactions, website visits, purchase transactions or shipping history. The Custom Objects tool lets users store random customer information within Zendesk, such as products owned, equipment rented, or even telemetrics from a connected car from outside sources.

Zendesk is a 10-year-old company with a half billion-dollar run rate and more than 125,000 paying customers. It casts itself as the SaaS vendor for companies that want to provide customer service that diverges from the standard, cookie-cutter experience. Earlier this year, Zendesk President of Product Adrian McDermott contrasted Zendesk's SaaS products with the technology stacks offered by its enterprise competitors like Oracle.

"It's tough to differentiate yourself if you're building solutions based on the same private cloud implementations," he said to ZDNet. "With the rise AWS and Azure, CIOs want to blend technology from SaaS vendors and cloud vendors into one space."

While Zendesk is growing fast and plans to hit $1 billion in sales by 2020, it's still a minor player compared to CRM giant Salesforce, which projects $13.17 billion in revenue in fiscal 2019. Like Zendesk, Salesforce also has a close relationship with AWS, which is its preferred infrastructure partner.

According to Brent Leary, co-founder and partner at CRM Essentials, leading CRM vendors are transforming their applications into broader customer engagement platforms that cover way more ground than traditional offers ever did. That includes commerce, customer data management, content management, IoT and more.

That could mean customers are still willing to choose a large vendor like Salesforce, "even if that means potentially being locked in to a certain extent to their proprietary tech stack," Leary said to ZDNet. "Especially if you believe that vendor will be able to anticipate or even drive industry trends based on deep analysis, and evolve their platform to incorporate new pieces to match the new direction."