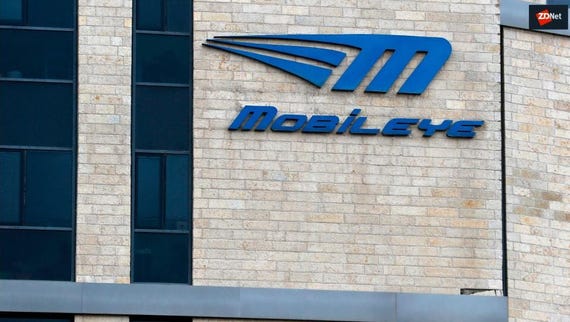 Intel's Mobileye has announced a series of deals and projects at CES 2019, including to bring autonomous capabilities to public transport in China, have its safety system adopted by Chinese companies and standards bodies, and to deliver autonomous driving solutions to Great Wall Motors.

The hardware supplied by Mobileye's L4 AV kit includes cameras, cables, modems, GPS, and other mechanical components powered by its EyeQ5 system on a chip (SoC).

It is also supplying the driving policy behind the project, which involves using proprietary algorithms that allow vehicles to "negotiate" with human-driven vehicles on the road.

Beytai will provide public transportation data processing, analysis, and system integration for the project, which aims to deploy an autonomous public transport solution in China by 2022.

The deal with Great Wall Motors, meanwhile, could see Mobileye deliver advanced driver assistance systems (ADAS) from L0 to L2+ to the automaker under a proposed collaboration over the next three to five years.

According to Mobileye, L2+ "bridges the gap" between self-driven and autonomous vehicles by providing its Road Experience Management (REM) mapping solution, which uses Roadbook data for adaptive cruise control, lane-keeping assist, and other "advanced manoeuvres" while the driver retains majority control of the vehicle.

Mobileye and Great Wall Motors are also looking to develop L3 and above autonomous driving solutions specifically aimed at Chinese roadways. It has previously worked on L3 systems with BMW, Fiat-Chrysler, Nissan, NIO, and SAIC, in addition to strategic partnerships for L4 and L5 development with BMW, Fiat-Chrysler, NIO, SAIC, Delphi -- now Aptiv -- and Volkswagen for mobility as a service in Israel.

Mobileye's RSS system has also gained traction in China, with Baidu saying it will adopt RSS as part of its Apollo Project -- its implementation being demonstrated at this year's CES by the tech company. The standards body, China ITS, has also approved a proposal to use RSS as the foundation for automated vehicle safety standards.

"We are taking RSS technology back into our ADAS lab and proposing its use as a proactive augment to automatic emergency braking (AEB). We call this automatic preventative braking (APB)," Mobileye CEO professor Amnon Shashua said at CES on Tuesday.

"Using formulas to determine the moment when the vehicle enters a dangerous situation, APB would help the vehicle return to a safer position by applying small, barely noticeable preventative braking instead of sudden braking to prevent a collision."

APB could be installed in all vehicles with a front-facing camera, Shashua said, helping to prevent "a substantial portion" of front-to-rear collisions.

"And if we add surround camera sensing and the map into the equation so that preventative braking can be applied in more situations, we can hope to eliminate nearly all collisions of this nature," he added.

Lastly, European automotive supplier Valeo has said it will collaborate on adopting Mobileye's RSS for AV safety standards across the US, China, and Europe, including drafting frameworks for the verification and commercial deployment of safer autonomous vehicles.

"Using maps to improve operations between businesses and cities will help bring us closer to the realization of smart cities and safer roads," Shashua said at CES on Monday.

"The two companies will work together to test and validate Micron's portfolio of LPDRAM, Xccela NOR Flash, and e.MMC memory solutions to accelerate the enablement of ADAS capabilities in Level 1 to 5 self-driving vehicles," Micron said.

Mobileye, which was purchased by Intel in 2017 for $15.3 billion, used last year's CES to announce that it would launch 15 autonomous driving projects during 2018 across 14 car manufacturers.

In May 2018, it then announced being awarded a contract to supply millions of autonomous vehicles with its self-driving technologies.

The Inspiron 7000 comes with adaptive thermal technology that detects how and where the 2-in-1 is being used, and adjusts the heat profile accordingly.

Dell has improved its webcam in the XPS 13, which it claims was the one complaint it received about the previous model, with the device priced at $900 and powered by a quad-core 8th gen Intel processor.

The device will make its way to Verizon business channels soon.

AT&T is working on hospital and stadium use cases for its newly launched 5G network, as well as announcing that it will be connecting Toyota and Lexus cars with LTE between 2019 and 2024.

BlackBerry, RCA, Acatel and Palm are among the brands that TCL Communications owns and manufactures. Find out what's next in innovation.